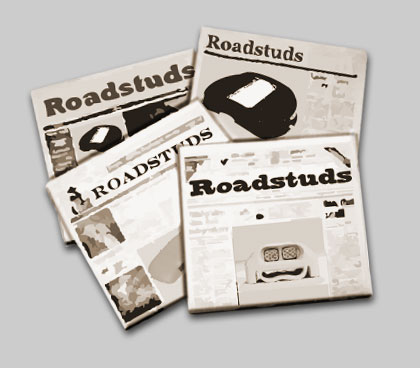 Thousands of 3M reflective studs have been set in the roads of Somerset as part of a county-wide scheme aimed at improving road safety.

Like every local authority, Somerset County Council is striving to meet national targets to reduce the number of people being killed or injured on our roads by 2011.

The Council has publicly recognised the need to transform road safety in the county to deliver a ‘step change’ in reducing road casualties by bringing together education, engineering and enforcement.

As part of its work to improve rural road safety, Somerset Highways, which is the Council’s partnership with consultant contractors Atkins, has identified the worst routes in the county for numbers of injury collisions, and set these as key priorities for road safety measures.

These priority roads have been named Red Routes, and include stretches of the A37, A39 and A358. The A38 is another Red Route and one of the first roads to be tackled. There have been 723 casualties in the last 5 years along the rural sections of the A38, and analysis has shown that the injury collisions are spread out along this route, with a concentration at junctions and bends.

Signing, lining and the renewal of cats eyes have formed a major part of the strategy to improve safety on the Red Routes. With respect to the road studs, there has been special emphasis on improving reflectivity, and that has meant a big role for 3M’s 290 and 590 road studs.

Where original Halifax casings are still in good order, the cats eyes have been replaced by 3M Marker Series 590 Depressible Reflecting Road Studs. They feature a polycarbonate micro-prismatic retroreflective lens with a protective resin coating and are classified as being Type P3B according to EN1463-1:1998. In terms of Road Test Performance (EN1463-2:2000) the Series 590 studs are classified as Class S1 (Road Presence) and Class R2 (night-time visibility).

For new installations, the 3M Marker Series 290 Reflecting Road Studs have been used along with the 301 casing supplied by Roadcraft and Fleming. The 290 stud has reflective values of around 400 lux, which far exceeds the old style cats eyes that are being replaced. Like the 590, the 290 stud is also built to last, and has a high-impact-resistant polycarbonate resin body, and the reflective lens is further protected by an abrasion resistant coating. The 301 unit provides additional protection, so that the combined unit is guaranteed to be resistant to impact and damage.

“Our policy is to keep on top of the market and to install the most cost effective and technically effective products available,” says Stephen Webb, Projects Manager — Traffic & Safety with Atkins. There are several thousand of the 3M studs now in place on Somerset’s roads and several thousand more due to go in over the coming weeks.