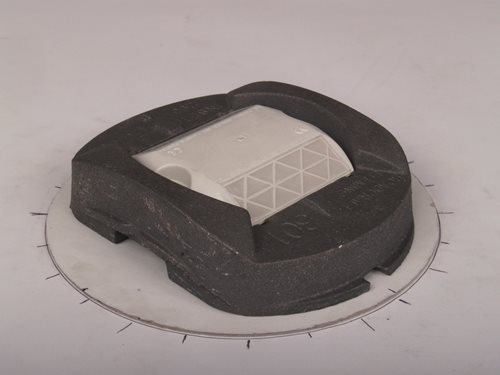 Recent area Engineers meetings within Somerset County proposed and adopted the 301/290 road stud as a prefered overall counties choice.Several areas had been evaluating the 301/290 through lengthy testing and critical site trials, and comes on top of reports indicating that Devon County Council has high interest in the 301/290

Individual reports taken from various sites gave county engineers outstanding results. These indicated the high levels of maintained night time reflectivity, and the reporting of no overall product durability problems , and no actual individual losses of reflectors nor housings . It had been noticed that even where the studs had been installed more than three years a similar pattern of no losses or degradation were reported.

Somerset County engineers therefore endorsed that the 301/290 road studs should be the product of the county by choice , and the recommendation to use the 301/290 were further supported by the county surface dressing contractor Kiely Bros Ltd and WJ Roadmarking south west Ltd, both indicating the ease of installation that makes the 301/290 their prefered choice.

It is now expected that a further 18,000 301/290 road studs will be installed in Somerset, County Council and with Devon now using the 301/290 in limited use these two counties are certainly making a good investment that will be recognised in future years .